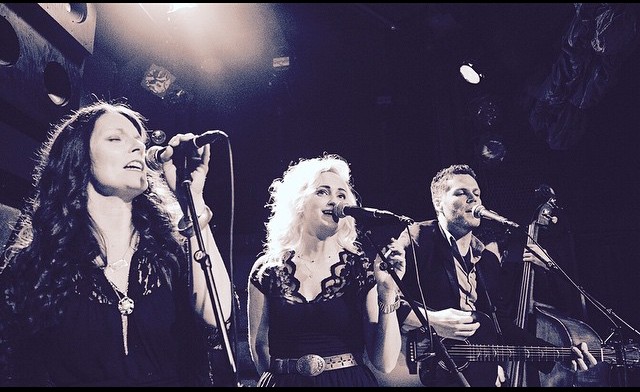 A couple of months back I got a text from Trisha Ivy. She was asking me if I thought a live album recording by March 7th at Rockwood Music Hall was doable, if it could be sold out and whatnot. I said, of course. Not because I in anyway know the logistics and plausibility of such things, but because I knew it would happen—because she had decided it was going to happen.

Ivy was a solo act when I first encountered her, and remained so for a bit less than a year since this blog o’ mine started. I’ve gotten to know the sometimes cool, sometimes chill, oft times nine pound hammer of a lady. I’ve learned enough of her to know that what she wills becomes. I’m reminded of the adage “He who knocks will be let in.” But Trisha she don’t always knock, she’s running on her own little clock.

In recent-ish days she’s joined up with Amanda Neill (of B&B) and music virtuoso Mike Beck to form Ivy Beck and Neill. When I first glimpsed what Trisha can will was back in December. She wanted the new band to play in Nashville at the storied Basement venue on a whim, and so it was. 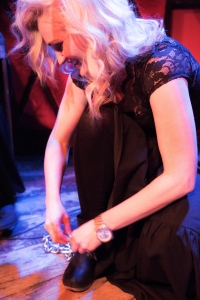 So, yeah, somewhere in January she idly texted me if a sold out show/live album recording was a feasible feat, but she was really just idly thinking aloud. And what was I gonna say, no? Between then and March 7th I got to see something come from nothing. Not nothing-nothing, they had some songs, they’re all of them consummate performers. I got to see a notion, an inkling of an idea germinate. I was privy to witness or hear accounts of creating songs to fill out the set list as they wanted only Ivy Beck and Neill collaborations for the record. I was at a couple of band meetings where I watched them bicker and fuss over songs. Ivy asked me where to get a five-foot chain to be used as an instrument. Amanda work shopped lyrics for a song of hers, then smartly did away with my input. But still, I found a giddy feeling to be even marginally associated with the band and their endeavor. They were testing out new songs at Strong Place in Cobble Hill. A fight broke out. The band instantly jumped into an impromptu song now called Strong Place Brawl. It’s become a show closing favorite.

On March 7th after hearing how unready, excited, and tired everyone felt, they played a sold-out show at Rockwood Music Hall, and recorded a live album–and crushed it. They did so, because they were always going to.

My being around from start to finish on the project let me feel something for a show that I hadn’t been able to before. These southern/country/Americana folk have always impressed me, and as some of them have become friends I have felt honored. But at Rockwood that night I was proud. They’re all good, hardworking people with day jobs, and personal lives all a flux as any of us. And they barrel forward.

For my part in that journey, and as this blogger who set out on this music scene having no idea where I’m going or what I’m doing, it’s been an inspiration. So, I, too, now forward barrel. And to all of you music makers and artists, maybe bypass the knocking on doors. 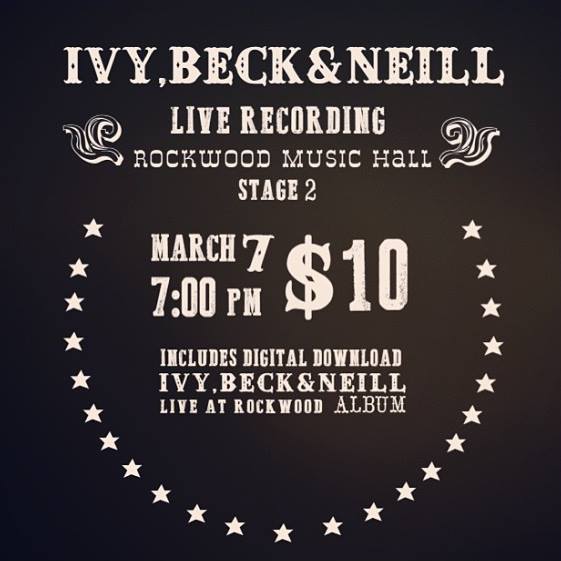