Christ, I think it was almost two years ago! Two years since I first heard Amanda Neill let loose that voice on a hot as all hell night in July. Two years since it thundered but did not rain. That makes this blog o’ mine almost a year old. Christ. 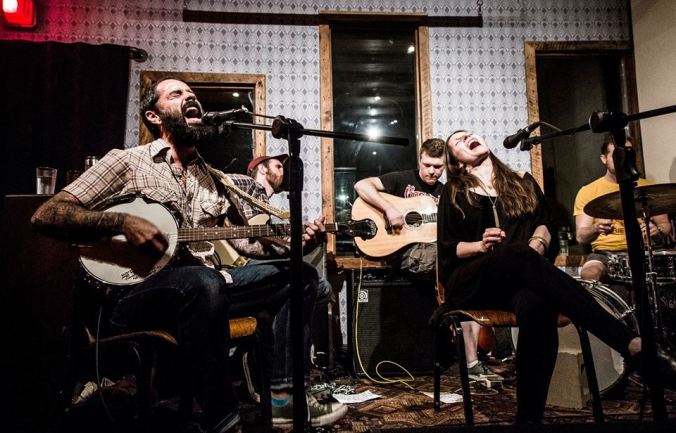 Barefoot & Bankside has released a live record. When I first heard them they were doing an open mic at Bar 4. It’s gone now, long gone. B&B, however, has been marching on. They’re getting better, louder, and, Jeebus help us, wilder. I am glad. Having seen Jamey “Brother” Hamm and Amanda stomp and holler in humble beginnings at open mics and then a couple months ago record a live album to a sold-out crowd at Rockwood Music Hall has been a pleasure. It tells me I’m right for hitching my wagon to these folk. You’d be doing yourself a favor, too, for giving them a listen. If’n it’s a review you want, you can go here. But, really, just listen.

I have two codes to download the album. Whoever the first two are to hit me up at theroadsouthern@gmail.com, will get to have ’em as I’m not picky at all about who the two of you might be.