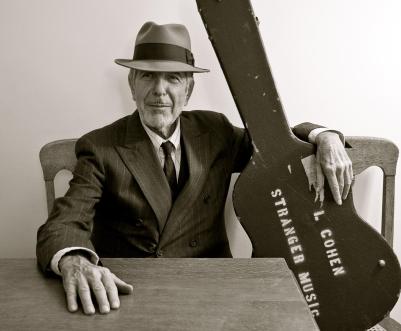 A thousand years ago I was a kid in a trailer park hoping to hear a voice. I had thought it’d be Jesus. He was who all the other park kids were hearing. But no Jesus ever came knocking on my heart.

I watched the Christian Slater movie Pump Up the Volume, a film about having a voice. My young self ate it up. Slater as Happy Harry Hard On broadcasted a pirate radio signal out from his basement bedroom, and played all the music our parents were afraid to let us listen to, telling us we are all fine, we’re ok. Talk hard, he said. There I heard a voice. To open every broadcast HHH played “Everybody Knows” by Leonard Cohen.

Back then, a thousand years ago, in my Podunk hometown I had to go searching desperately for Leonard Cohen. They didn’t carry his CDs at Walmart or Kmart. They had the soundtrack to the popular flick, but Cohen was not on it. Just a Cowboy Junkies cover of his song. However awesome the official movie soundtrack was, it wasn’t giving me the voice I was longing to hear. It wasn’t until I could drive and have access to Atlanta that I finally possessed Cohen’s album “Various Positions.” Probably the first thing I sought out and bought in Atlanta’s ultra-hip Little Five Points neighborhood from a record store that I’ll love forever, though I can’t remember its name. The CD doesn’t contain “Everybody Knows.” I bought it for “If It Be Your Will,” also on the Pump Up the Volume soundtrack, and the one to ensnare my baby bear heart.

I skipped school just to listen to the record over and over. That’s not an exaggeration. I did that.

I started writing then.

I met a girl, introduced her to his music. It helped more than I could to make her mine. We would lie down in bed and just listen to his records as we acquired them. We laid and listened through our young love, through our not as young love; through the parting where we remained friends, and through the rekindling where we finally learned who we are and what the words meant. We listened in her health, and in her sickness. I laid and listened while I mourned. “Suzanne” was our song, but “Take This Longing” was always my song to her.

I’m not much for pilgrimages, but on my way to meet a friend in Manhattan I passed in front of Chelsea Hotel.  I knew I’m where I’m meant to be. I wished she were here.

I have studied Leonard Cohen. I listened to his records so much that I don’t listen to them anymore. They’re all in my head. I poured over his poetry. I went hungrily to his ancient website The Leonard Cohen Files, which still exists to my surprise. I read both of his novels, and a few biographies on the man. I’ve heard a few things from his very first band, a Canadian country outfit called The Buckskin Boys. I read of his time as a monk on Mount Baldy, this Jewish man who loved Catholic imagery so.

I didn’t tear up for Bowie, or Prince. They’ve held my enormous respect and interest, but L. Cohen has my baby bear heart. His passing is the only “celebrity” death to garner real tears from me. Well, maybe Gene Wilder’s death, but only in tandem with Gilda.

Anyway, I loved the man, or the myth of the man we all delighted in. I’m glad he was at peace with death. It’s nice to think that death was kind enough to have made an introduction, to have sat and drank tea with L. Cohen before carrying him up to the tower of song. 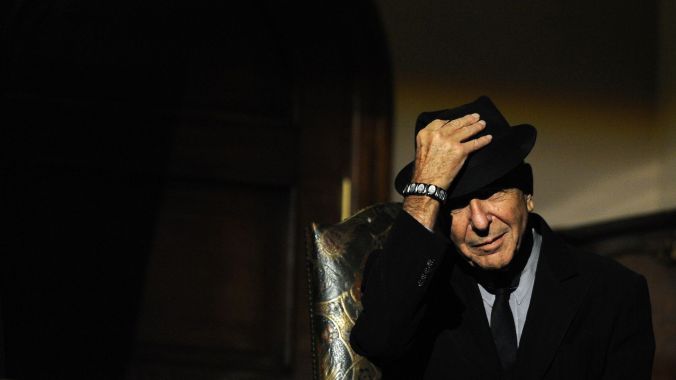