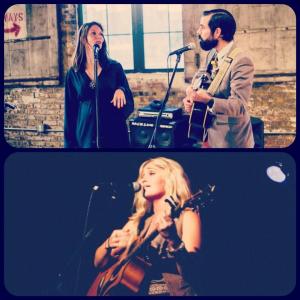 From those early Barefoot & Bankside and Trisha Ivy shows, it’s a year later now that I tell the tales of my Brooklyn dwelling southern kin. At the second and third shows, I just felt like I was returning for good music. But what was I feeling after that, upon more returns, after hearing the same songs again and again? I wasn’t homesick. Actually, the only time I feel something close to homesickness is when I’m away from NYC for too long. One reason as to why I keep returning is that it feels oddly like I’m amid a mysterious and wholly other culture. Yet, it is my culture, too. I grew up with this music, this food, and these people. These people who met on a Sunday in church. After a show, the nostalgia unlocked isn’t in the form of actual memories, it’s more that I’ve come to an unpeopled home and I can pick up the little southern fetishes off the shelves, like a crystal angel or pewter crucifix, turn it in my hand and wonder what this trinket could mean to someone.

I get asked what happened to my accent. I left it in the trailer park. A church group ran by some rich white people would come scoop us barefoot children up in a van and take us to one of their giant houses in an attempt to save us. So concerned they were about our everlasting souls they locked us in a room and wouldn’t allow us to leave until we spoke in tongues. I went up first. I babbled out some holy and literal gibberish. From that trailer park, even at ten years old I’d seen stranger things and knew sometimes it’s best to put fear aside, stand up straight, and lie your little ass right out the room. I visited the other half of my family on the Cherokee reservation in North Carolina. My aunt and uncle took me to their church. There an old preacher jumped up and down, flapped his arms, and shouted about working in the fields for Jesus. By his behavior, I felt the preacher was pretty disgusted and pissed off about all the shit we had to do for Jesus. He threw his jacket at us. In high school, to get in with the cool kids, I found myself at the gigantic modern churches that now scour the land like Wal-Marts and Best Buys. There I met with middle to upper class clean white kids. I say white so much because at the time this was an all-whites county, as it was made so in the early 1900s. In the enormous and contemporary church I could be around the girls I had crushes on. I’d make them laugh. I learned to let them save me. This was a church that would have Christian rap concerts for the youth, Christian rock, and Christian pop. You know, replace “baby” with “Jesus.” Replace angst with implicit trust in authority. Sacrifice the heart of a music style for God.

I never found no Jesus, nor him, me. I don’t expect to find any Jesus, either. When you’re a kid you find him because you have been inundated with indoctrination, and they just love you so when you engage yourself in any Jesus-ry. When you’re a teen you find Jesus a lot because the Christian pool has some pretty sweet tail swimming around in it. Maybe that was just me. But at my age now you only find Jesus because everyone you love won’t have anything to do with you anymore, you can’t remember more than 10% of the last three weeks, and you know just because they haven’t found you after running that kid over doesn’t mean they’re not about to. Past thirty, Jesus only comes around after you’ve fucked absolutely everything you can up.

I left my home in Georgia, but I haven’t left the land of ubiquitous churches. In Brooklyn there’s one on practically every block. But, the cynicism is mostly gone now. Barefoot & Bankside, Trisha Ivy, and other bands I’ve heard at their shows are mostly secular, but their Christian roots remain. I’m partly glad. I admit it lends authenticity to their roots country vibe. I also admit, as living in Brooklyn has sheared off many layers of my former heathen self, that I’m fine with their Jesus-ry. I know how hypocritical my fellow atheists can be. I know how slanted and untrustworthy news sources on both sides, on any side of anything, can be. And I know what I can see with my own eyes. And I do know why I’m at these shows, why I’m mending southern ties. Maybe some velvet morning I’ll post that reason.

There’s a lot of reasons to be turned off by church, and they can have little to do with God or Jesus.