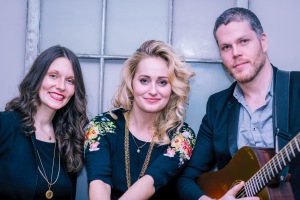 As I’ve written before Andreea and I have been privy to the process of Ivy, Beck & Neill’s putting together a live concert recording. Early in the year Trisha Ivy idly asked me if I thought a live recording was possible. To which I said, “Probably, or maybe not. I don’t know, but, yeah, sure, I guess.” Because I’m dumb, folks! I don’t know how such a thing works and anyways she wasn’t asking for my wisdom, nor cared. She was just thinking out loud. A couple months later, she, Mike Beck, and Amanda Neill recorded a live album at Rockwood Music Hall—that’s in New York City, y’all! And now we’re super pleased to announce: 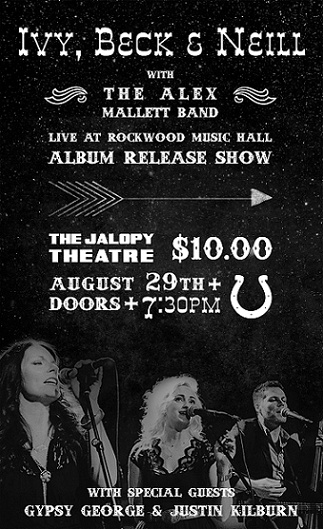 In conjunction The Alex Mallett Band will be releasing their own album, and you know TRS loves those guys! If you’re in Brooklyn, come out to Red Hook, and get rocked in the face by these country/americana singers and pickers.

The album release show is this Saturday at Jalopy Theatre! Doors open at 7:30. Get advanced tickets as every performer is beloved, and as such their show is likely to sell out.

Especially if you have shows coming up! We’d love to post your dates!